In the last few months, I’ve come across three middle- to old-age Labradors with a condition known as Exocrine Pancreatic Insufficiency or EPI. While this disease is most common in German shepherds, it can occur in nearly any breed. While EPI is not a curable disorder, it is easily controlled and usually does not shorten the lifespan of affected dogs.

Most of the time when we hear about pancreatic disease we think about cancer, inflammation (pancreatitis), or diabetes from insufficient insulin production by the pancreas. But the pancreas also has what is called its “exocrine function.” An “exocrine” gland sends its secretions to another organ or system via a duct in contrast with an “endocrine” gland that releases its hormones directly into the blood stream. In the pancreas, which is intimately connected to the duodenum or upper portion of the small intestine, there are “acinar cells” that produce digestive enzymes that break down fats, starches, and proteins. These enzymes enter the duodenum via the pancreatic duct. Here, they act on the food leaving the stomach, breaking it down into smaller and smaller particles, releasing nutrients which are then absorbed into the blood stream, along the rest of the small intestine, for use by the various body tissues. Without these enzymes, digestion and utilization of food is impossible. Another name for EPI is “Maldigestion disorder.”

The most common cause of exocrine insufficiency is “acinar atrophy,” where the pancreas becomes shrunken, and the acinar cells non-functional. This can be the result of a genetic predisposition in some dogs or a disturbance of the immune system. The disorder can also be the result of either acute or chronic inflammation of the pancreas. It is estimated that 80-90 percent of the acinar cells must be destroyed before symptoms of insufficiency appear.

The symptoms we see when a dog suffers from EPI mimic the effects of starvation. There is a rapid loss of weight, and the coat may seem dry and dull. There is usually excessive shedding, and the symptoms may appear suddenly over one to two weeks or gradually over a period of several weeks. Usually these dogs have frequent loose bowel movements or watery diarrhea, and the stools may be clay-colored or light yellow. Stools often appear greasy due to the presence of undigested fats. The frequent passing of foul-smelling intestinal gas is a common feature. Affected dogs are ravenously hungry and will eat nearly anything including grasses, mulch, plant materials, and dirt. The search for food consumes the majority of the dogs waking moments.

The most accurate means of diagnosis is by blood testing. Trypsin, a protein-digesting enzyme, is stored in an inactive form in the pancreas of normal dogs. Very small amounts of this enzyme actually leak into the blood stream in harmless but detectable levels. A blood test called Serum Trypsin-like Immunoreactivity test, or TLI, looks for normal levels of this enzyme in the blood. A dog with exocrine insufficiency will have little or no serum TLI in the bloodstream. Some other tests are also available but none of them are as accurate as the TLI.

Treatment of exocrine pancreatic insufficiency is both easy and highly effective. Digestive enzymes are administered as either a tablet or a powdered form mixed in the food. Most veterinarians feel the powdered form is a little more effective, but both work well. Treatment is usually life-long, and failure to respond to treatment is rare.

All patients should be a fed a high-quality highly digestible diet and sometimes vitamins such as B-12 and the fat-soluble vitamins A, D, E, and K are added through use of a multiple vitamin supplement.

EPI is a highly specific disease resulting from the absence of some very specific enzymes. Unfortunately, many canine supplements advertise they contain “natural enzymes” that aid digestion. These supplements may be useful in normal dogs, but they are not the enzymes needed to treat EPI. While not harmful, they may not be very helpful either and delay a pet owner from getting the correct treatment. 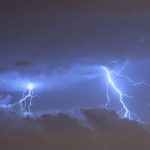 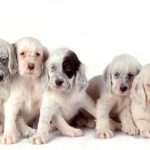