At its June 27 meeting, the Wisconsin Natural Resources Board (NRB) took the first step to shorten the state’s 2018 ruffed grouse season. The proposed season in Zone A (most of the state) would end November 30 instead of the traditional January 31.

The Wisconsin Conservation Congress (WCC), a citizens’ advisory group on conservation issues, raised concerns about low ruffed grouse numbers and asked the NRB to consider the extraordinary step of curtailing the 2018 season. No Wisconsin ruffed grouse season has ever been shortened.

The NRB’s decision followed, after hearing the results of the Wisconsin DNR’s 2018 spring counts, which were down 38 percent in the northern region and 29 percent in the central region. The 2017 fall ruffed grouse harvest was also down 30 percent from the 2016 harvest, from 262,942 to 185,356 birds. These declining numbers occurred when most hunters and biologists expected the cycle to be trending up.

Following public comment, which can be made via e-mail or phone until August 3 at 11 a.m., the NRB will vote to approve (or not) the abbreviated season at their August 7-8 meeting. The governor and legislature must then sign off on the measure.

“It’s a more conservative approach than what research might tell you,” said Eric Lobner, the Wisconsin DNR’s Bureau of Wildlife Management Director. With a lack of data about what’s adversely affecting ruffed grouse population levels, the NRB is erring on the side of caution.

Lobner and the department will develop an official ruffed grouse management plan, another first for Wisconsin, which he stated will identify areas of critical research.

Although no ruffed grouse have tested positive for West Nile virus in Wisconsin, anecdotal evidence suggests that WNV is killing grouse, so the Wisconsin DNR will be asking hunters for blood samples of the birds they shoot in the 2018 season. According to Lobner, the department will use Pittman-Robertson funds to pay for some of this research. Michigan, Wisconsin, and Minnesota will also jointly study the West Nile virus in ruffed grouse in 2018.

“There is some data out that suggests late season hunting, winter hunting, has an effect on ruffed grouse populations,” said Lobner. A Brett Sandercock study in 2011 on willow ptarmigan implies this.

At this time, however, the Wisconsin DNR does not have data on how much late season grouse hunting occurs in the state nor the harvest rates for that time period. Lobner felt that grouse making it through the winter to January and February were more robust and better able to manage the cold season.

On social media, hunters have recommended other options, as well, such as beginning the season later (it opens September 15), and dropping the daily bag limit from five birds to three or even two birds.

Contact Laurie Ross, NRB Liaison, at 608-267-7420 or laurie.ross@wisconsin.gov to make comments about the proposed shortening of Wisconsin’s 2018 ruffed grouse season.

From the Headquarters of the Ruffed Grouse Society: Our Stance

The well-being of ruffed grouse and our cherished hunting opportunities are of utmost importance to the members of the Ruffed Grouse Society (RGS).

As you may know, Wisconsin agencies are considering an emergency early closure of the upcoming grouse season, and we want to keep you completely informed on this process and opportunities for you to participate.

Voicing your opinion is so important and it can make a difference for the future of habitat and hunting!

RGS has created a webpage to communicate the organization’s position on WI’s proposed early closure to their ruffed grouse season, the process and opportunities for public comment, the WI grouse management plan, and West Nile Virus testing and hunter participation. You will find detailed information on the process, and how you can get involved. 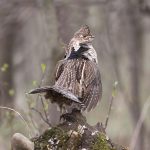 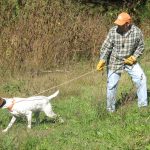