Belle loved training bumpers. Every evening when Chuck came home from work, Belle was at the door and ready to rumble. Chuck would usually tire of the exercise long before Belle. Then one evening, on the second toss of the night, Belle scooped up the bumper, turned to make the retrieve, and let out a loud yelp! She returned to Chuck carrying her left rear leg. Chuck felt up and down the leg and could not feel any fractures or find sensitive areas. He was able to move all the joints but he did find a slight reluctance to straighten her knee. Belle was content to hold up her leg and eagerly awaited the next toss, but Chuck wisely ended the game and took Belle to his veterinarian.

Belle’s doctor immediately focused on the knee joint of the leg she was holding up and within a few minutes told Chuck that Belle had torn her anterior cruciate ligament, or ACL. Chuck was well aware of how common ACL injuries were in football players but stunned when the vet told him that ACL damage is the most common injury to the knee in dogs. Here’s what else Chuck learned:

The knee joint is a structurally complicated joint. It consists of the thigh bone (femur) above, the knee cap (patella) in front, and shin bone (tibia) below.

There are two small bones called the fabella behind the joint. The knee cap is enclosed in the patellar tendon (tendons connect muscle to bone) and there are multiple ligaments (ligaments connect bone to bone) both inside and outside the joint. In addition, there are pieces of cartilage called the menisci on each side of the joint. The menisci act like cushions in the joint to absorb some of the impact the joint incurs. Two of the more important ligaments – from an injury standpoint – are the cruciate (crossed) ligaments. These ligaments run from the front-to-back and back-to-front of the joint and prevent the tibia from slipping forward when the knee bends. In short, the cruciate ligaments keep the two major bones of the joint in perfect alignment as the joint goes through its range of motion.

A complete tearing, partial tearing, or severe stretching of the ACL results in the slipping of the bones during weight bearing, which can cause damage to the cartilage of both bones and inflict pain from the supportive tissues stretching in the joint. The key to diagnose ACL damage is finding the anterior drawer movement, or the drawer sign. The veterinarian stabilizes the femur with one hand and manipulates the tibia with the other hand. If the tibia slides forward, much like a drawer does when opened, the cruciate is damaged. The degree of movement may indicate the severity of damage. Some dogs will be so tense when examined that evaluation of the joint can only be performed under sedation. Other indications of damage include swelling of the joint, and a positive tibial compression test. This test involves stabilizing the femur with one hand and then flexing the ankle joint with the other hand. Forward movement of the tibia is indication of ACL damage. In instances of partial tearing or stretching of the ACL, diagnosis is often difficult. When the ACL tears, the inside meniscus often tears as well. Dogs with meniscal damage often have an audible click when they walk or when the joint is examined.

ACL injuries can occur at any age and nearly always involve some athletic activity. Older dogs may have weakened ligaments and slowly stretch them over time. In these dogs, a seemingly minor activity such as jumping from a step, sofa, or bed can result in complete rupture of the ligament. Obesity is a risk factor in dogs of any age. Overweight dogs that rupture one ACL frequently tear the ACL on the opposite side within a short time.

ACL injuries are treated with both surgical and non-surgical techniques. In the majority of our hunting dogs, surgical repair is usually the best approach. One study of cruciate injuries showed that in dogs less than 30 pounds, more than at least 80 percent regained near normal or improved limb use without surgery.

The most common type of surgical repair is known as Extra-Capsular Repair. The knee joint is opened and any remnants of the ACL are removed. If the menisci are damaged, the injured portion is removed. One or more very strong nylon-like or wire sutures are placed around the knee and tightened to prevent drawer movement.

There are some other repair techniques that are utilized, but they are much more complex and involve more specialized equipment; they are best performed by qualified orthopedic specialists. These techniques are much more expensive. Two of the more common are known as Tibial Plateau Leveling Osteotomy and Tibial Tuberosity Advancement.

Both surgical and non-surgical treatment involves prolonged rehabilitation. In the immediate post-surgical period, padded ice packs for 10 minutes two or three times daily may be helpful. In some cases, there will be bandaging over the site so icing will not be possible. Passive range of motion exercises are important, but you should first consult with your veterinarian for proper technique and frequency. After the sutures are removed, water treadmill exercises are helpful if a facility is available. Slow walks uphill can strengthen the rear legs. But no running, jumping, or strenuous exercise for at least three months.

All ACL injuries should be considered serious and treated promptly. Severe pain and immobilizing arthritis can result from delayed or ineffective treatment. Sometimes even with the best treatment available, less than full function is the result. 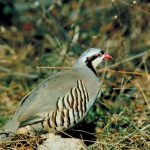 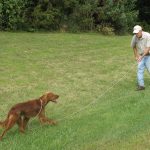