A continued run of favorable weather in many parts of the country has set the table for an outstanding upland gamebird hunting season in 2016.

It has been a boom-and-bust decade for upland gamebird hunters. Those of us who cherish autumn days afield over bird dogs have long been accustomed to the wild fluctuations of bird populations and hunting fortunes. Most species of upland gamebirds are short-lived critters with high reproductive potential, thus populations can explode and crash in a remarkably short span of years. The highs and lows are simply part of the deal.

Yet, the last 10 years has seemingly set the bar for volatility.

The 2007-2010 era represented arguably the finest upland bird hunting of most of our lifetimes, stretching all the way back to the 1950s and 60s. Pheasant harvests in South Dakota averaged 1.88 million roosters, comparable to the first five years of the legendary Soil Bank, 1956-1960. In Nevada, hunters harvested over 100,000 chukars in 2011. In Texas, hunters tallied an estimated 1.54 million quail in 2007-08.

The crash of 2011-2013 was every bit as a spectacular, in a sobering sense. Pheasant harvest in Kansas reaching a modern-day low, bobwhite populations spiraled downward, and ruffed grouse hit the cellar of their 10-year cycle in the Lake States. Hard winters and drought were at the root of the free-fall but, shrinking habitat also played a role as Conservation Reserve Program (CRP) enrollment declined by 12.8 million acres from 2007 to 2016, according to USDA Farm Services Agency data.

But as if on cue, weather conditions turned remarkably favorable over the last three years. The combination of mild winters and well-spaced spring/summer moisture led to well-documented population increases for most species. Now, the wheels are in motion for another marked uptick in gamebird populations and hunting opportunities in 2016!

T he opportunity to partake in epic upland gamebird hunting, particularly given the volatile nature of the population swings, calls for a sense of urgency among bird hunters.

Robert Perez, Quail Program Manager, Texas Department of Wildlife & Parks (TPWD), captures it best: “I’ve been hunting quail since the early 1990s and can tell you that this is the year to ring the alarm. Last year was very good and it looks like it is going to be exceptional this year. You just don’t know when it’s going to happen again.”

Here’s a summary of the information that was available at press time in mid-July. The upland gamebird biologists – particularly in the pheasant states – qualified their responses with the fact that population levels in the fall are driven largely by that season’s nest success and brood survival, and the most reliable surveys are those that are conducted in late summer, when observers traverse back roads in pheasant country counting heads. For this reason, PDJ will follow up with an electronic update in early September that captures the results of the August roadside surveys and other brood surveys conducted by the state fish and wildlife agencies. 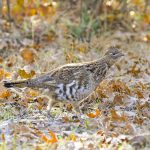 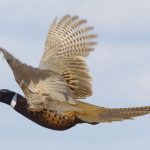