Ruffed grouse populations in the Great Lakes region are poised to enter the upward side of the 10-year grouse population cycle, according to ruffed grouse experts. Drumming surveys conducted by the state fish and wildlife agencies this spring all revealed generally stable populations, with a slight uptick in Michigan. That is indicative that ruffs are no longer declining, as they have been since the 2009-2011 timeframe.

The Michigan drumming survey showed a 17 percent increase statewide in the average number of drums heard per route among 101 identical routes run between 2014 and 2015, according to Al Stewart, Michigan DNR Upland Game Bird Specialist. Field biologists are seeing more broods than last year, indicating a chance for increased harvest this fall. An estimated 260,000 grouse are annually harvested in Michigan

“Our survey data suggest that the Michigan grouse population last peaked in 2010,” said Stewart. “My prediction is that in 2015 grouse hunters will experience flush rates similar to last year or up slightly.”

In Minnesota, the 2015 drumming survey indicated stable populations from 2014, a bit of a surprise given the 34 percent increase reported last year. However, the cold and wet spring likely hurt reproduction last year, leading to lower numbers coming into this spring. However, Charlotte Roy, Minnesota DNR Grouse Project Leader, reports excellent conditions this spring with warmer weather and expects hunting opportunities to be better than last year. Krista McGinley, Wisconsin DNR, provides a similar report, noting that they might see another year or so of decline before the marked increase.

Ruffed grouse prospects in Maine look promising. According to Kelsey Sullivan, Maine Department of Inland Fisheries and Wildlife Game Bird Program Leader, nesting conditions were very favorable. May was dry during the incubation period and there was a short wet spell in early June that did not seem long enough to negatively affect hatching success or survival of young chicks. Sullivan’s radio-telemetry study found that predation was a factor in nest success but the majority of hens that lost clutches re-nested and hatched successfully in early July.

In New York, above-average rainfall in most of the state in June may have negatively affected nest success and chick survival, according to Mike Schiavone, New York State Department of Environmental Conservation. Schiavone says grouse populations are down from a peak observed in 2009 but that flush rates are above average in a core area from the St. Lawrence Valley south through the Catskills. Woodcock populations are expected to be similar to last year in both the Eastern and Central Management Regions, according to the Woodcock Population Status, 2015 report by the U.S. Fish and Wildlife Service.

The 2015 Singing-ground Survey showed a stable population, and the 10-year trend for woodcock in the Central Region is no longer declining. Woodcock specialists report good nesting conditions this spring, providing reason for optimism this fall. This is good news coming off the long, hard winter of 2013-2014 in the Great Lakes region that resulted in poor nesting conditions and put it a dent in last fall’s harvest. In 2014, woodcock hunters in the Central Region harvested 141,000 birds, 21.7 percent fewer than in 2013 and 36.5 percent below the long term average.

The growing concern is for that of woodcock in the Eastern Region where 2015 marks the second year of a significantly declining 10-year trend. The hit in 2014 wasn’t as severe as it was in the Great Lakes, as hunters harvested 58,600 woodcock, 6.2 percent fewer than in 2013. However, this spring’s survey shows a continued decline. The bright spot this year in the Northeast may be New York. According to Schiavone: “The woodcock breeding population index from the Singing Ground Survey increased from spring 2014 to spring 2015 in New York. We anticipate that we will see an increase in the number of birds hunters encounter this fall.” 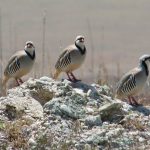 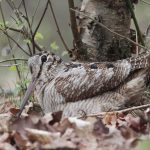